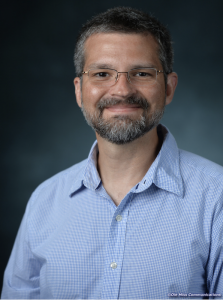 Associate Professor of Anthropology
Director of the Center for Archaeological Research

Biography
I grew up near Biloxi, Mississippi, and I can always remember having a deep interest in history and the ancient past. It wasn’t until my sophomore year in college, when I was able to spend two weeks working on excavations at a historic house site, that I learned one could actually be a professional archaeologist right here in the southeastern United States. Since then, I have had the good fortune to participate in fieldwork at a number of fascinating archaeological sites in Mississippi, Alabama, and North Carolina. Prior to my arrival at the University of Mississippi, I was a member of the Anthropology Department at East Carolina University (2008-2015). Before then, I was a Senior Project Manager for Coastal Environments, Inc. (2005-2008) in Biloxi where I was responsible for developing and directing cultural resources management projects. Much of my work during that time focused on federal recovery projects following Hurricane Katrina.

Research
Although my fieldwork and research experiences have included a broad range of topics and temporal periods, much of my work has focused on late prehistoric and Contact period Native American societies of the southeastern United States, especially complex societies of the Mississippian and Late Woodland periods. I am interested in what public and domestic architectural differences can tell us about ancient communities and how social groups interacted to create and maintain communities that persisted for long periods of time. Investigating the construction, use, and evolution of public architecture—especially in the form of earthen monuments such as platform mounds—has been particularly important in my work. Methodologically, my research has involved the use of ceramic, architectural, and mortuary datasets. GIS has provided an invaluable set of analytical tools for organizing these data, and I anticipate that GIS will continue to figure prominently in my research. Although I have little direct experience with remote-sensing applications, I am impressed by their extraordinary potential, and, I look forward to learning about and applying the remote-sensing resources of the Center for Archaeological Research.

Much of my research since 2000 has focused on the Town Creek site, a Mississippian civic-ceremonial center in central North Carolina. Important themes in my Town Creek research have included using architectural, mortuary, and ceramic data to identify household groups and explore their persistence through time and exploring the nature of the community’s social and political structure through the investigation of domestic and public contexts. Recently, I also have been conducting research in coastal Mississippi at Jackson Landing, an early Late Woodland (A.D. 400-700) site whose public architecture includes a massive earthwork and a platform mound. Investigations at Jackson Landing, which were funded by a grant from the Mississippi Department of Archives and History, indicate that construction and use of the site’s mound occurred during a very brief interval around A.D. 660 when the site was the locus of large-group gatherings that involved moundbuilding and feasting. Recently, I have been collaborating with colleagues to investigate sexual harassment during fieldwork in Southeastern archaeology.

Books
The Archaeology of Town Creek, University of Alabama Press, 2007

2000. “Test Excavations at the Florence Mound: A Middle Woodland Platform Mound in Northwest Alabama.” Journal of Alabama Archaeology 46 (2): 87-130. (co-authored with Hunter B. Johnson)

1999. Stone Tools and Debitage from the Claiborne Site: An Analysis of the Mississippi State University Collection. In Raw Materials and Exchange in the Mid-South, edited by Evan Peacock and Samuel O. Brookes, pp. 64-74. Archaeological Report No. 29, Mississippi Department of Archives and History, Jackson.