Stories of the Enslaved Rebooted 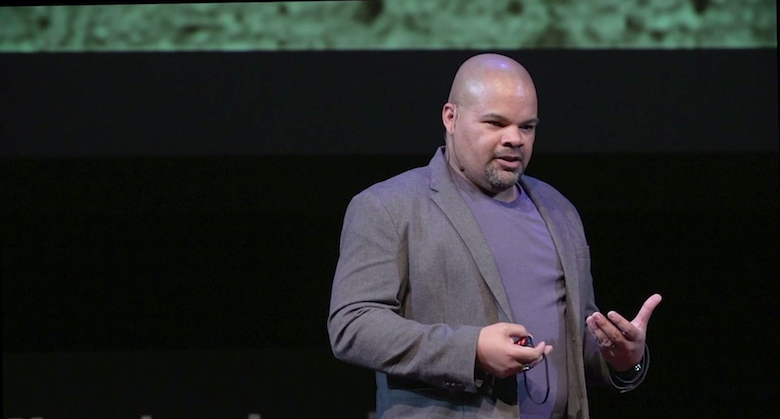 Don Guillory, a UM doctoral student in history, presents his research on slavery and enslaved people in Oxford during the 2020 TEDxUniversityofMississippi presentation in February. UM photo

What happens when the life stories of a group are destroyed or distorted?

“When people don’t have a narrative, they don’t have value in the eyes of the greater society,” said Don Guillory, a doctoral student in the University of Mississippi‘s Arch Dalrymple III Department of History.

Guillory has given a voice to the many enslaved people who lived in and around Oxford before the Civil War by illuminating their history in tours of the UM campus, where some of the iconic structures – such as the Lyceum, which houses the chancellor’s office – were built by slave labor.

The tours are an initiative of the UM Slavery Research Group. Created in 2013, the group is composed of faculty and staff working across disciplines to learn more about the history of slavery and enslaved people in Oxford and on the Ole Miss campus.

This fall, Guillory will give the tours via video, a change that he feels will have both positive and negative impacts on the experience.

Because the actual trekking will be eliminated, the video version of the tours will expand their footprint to sites farther from campus. These include Rowan Oak, which was built before the Civil War and purchased by William Faulkner in 1930 as his Oxford home, and was constructed with slave labor.

The revamped tours also include Hilgard Cut, a railroad cut constructed by enslaved people in 1858 to bring students to Oxford from other parts of the South; and Burns-Belfry Church, founded in 1910 as the first African American church in Oxford.

“The video tours will have more content but less contact,” Guillory said. “They’ll cover more territory but without face-to-face interaction.”

A primary goal of the tour is to let artifacts and creations of enslaved people create a narrative for their lives that reflects their reality and voice. The narratives can be “challenging” because they present an alternative reality to the stories that slave-owning families created about the people they held in bondage and their relationships with them, Guillory said.

For years, slave owners spread a false narrative that often served as an “official” history of slavery, one that was accepted not only regionally, but nationally.

Guillory underscored his point in a TEDxUniversityofMississippi presentation in February 2020. He compared lost narratives to “missing threads in the fabric of humanity,” a fabric he hopes to reweave.

“The history department is thrilled to support graduate students engaging in public history projects like this tour because they connect a broad audience of not only university community members, but also Oxford residents, such as high school students, to the work of professional historians,” said Noell Wilson, associate professor and chair of the department.

“We are grateful for Don’s ingenuity and technical savvy in moving the tours online during the pandemic and are optimistic that the tours will now reach an even larger audience through this virtual platform.”