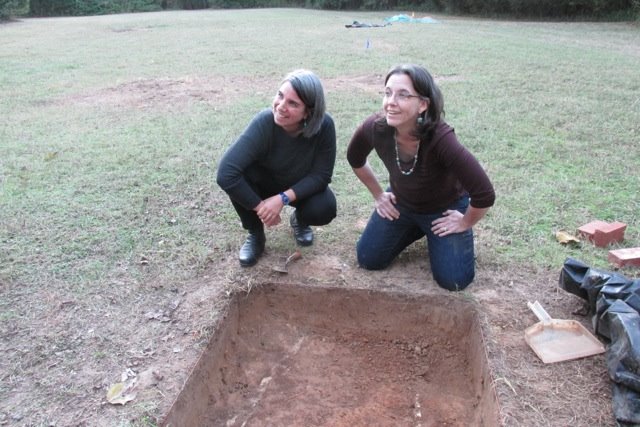 Jillian Galle (left) and Maureen Siewert Meyers check out an excavation unit outside of the Caroline Barr House at Rowan Oak.

Since then, Dr. Meyers and Dr. Boudreaux have taught a public archaeology class that initiated excavations around an antebellum kitchen and slave quarter associated with Colonel Robert Sheegog’s antebellum occupation of the property currently known as Rowan Oak.

Excavation units were also opened up around the Caroline Barr House, a two-unit frame dwelling constructed for Barr around the time William Faulkner purchased the property in 1930. 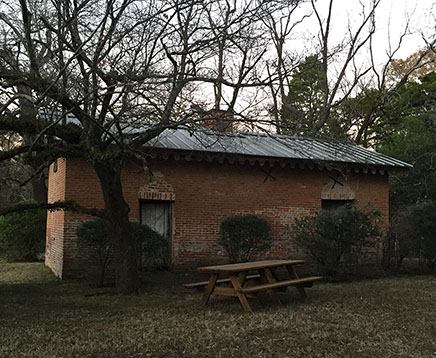 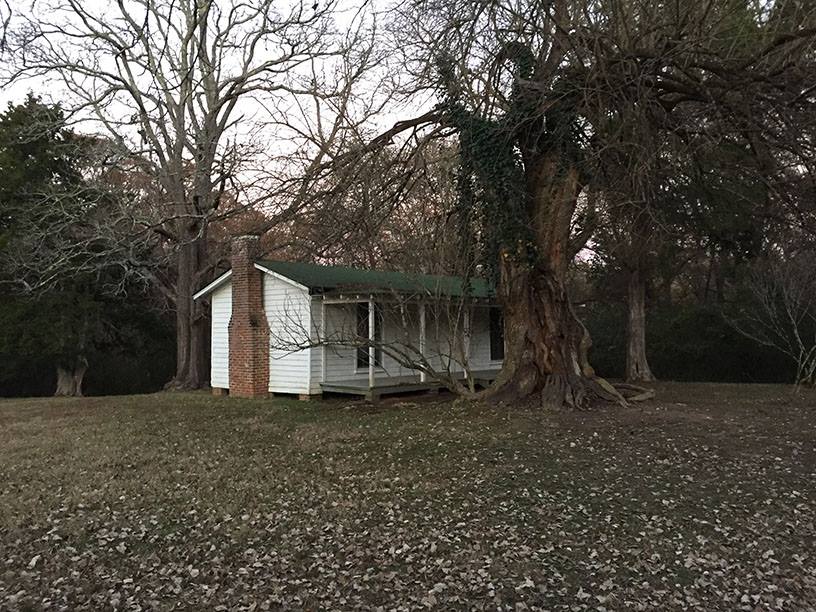 We anticipate that the materials from the excavations at the Sheegog Kitchen and Caroline Barr House will be available via DAACS within the coming year.