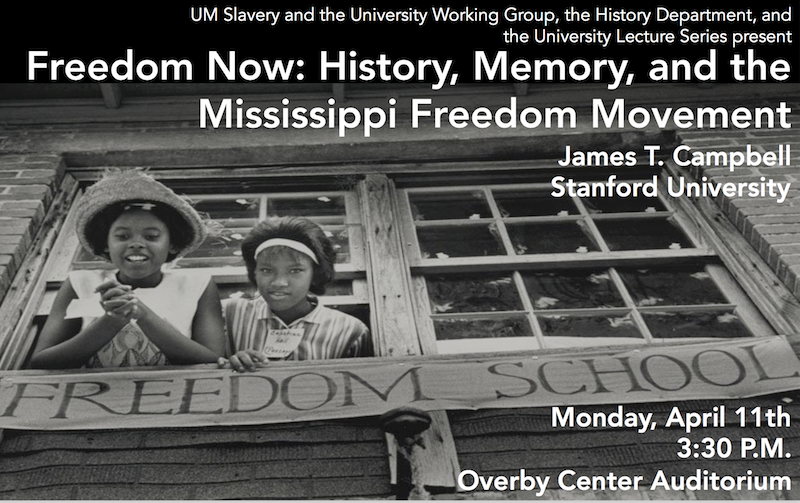 “Freedom Now: History, Memory, and the Mississippi Freedom Movement,” a free, public presentation by James T. Campbell on Monday, April 11, 2016 at 3:30PM in the Overby Center Auditorium, should be of interest to anyone who wants to learn more about the African American freedom struggle, the civil rights movement, public history, and how history is remembered and commemorated.

James T. Campbell is the Edgar E. Robinson Professor in United States History at Stanford University, where he specializes in African American history and the history of the black Atlantic. His research spans the history of the American slave trade with Africa, the Harlem Renaissance, and the civil rights movement. In his current research, Campbell focuses on historical narratives and storytelling, examining the ways in which societies document and explain their pasts, not only in textbooks and academic monographs but also in historic sites, museums, memorials, movies, and political movements. 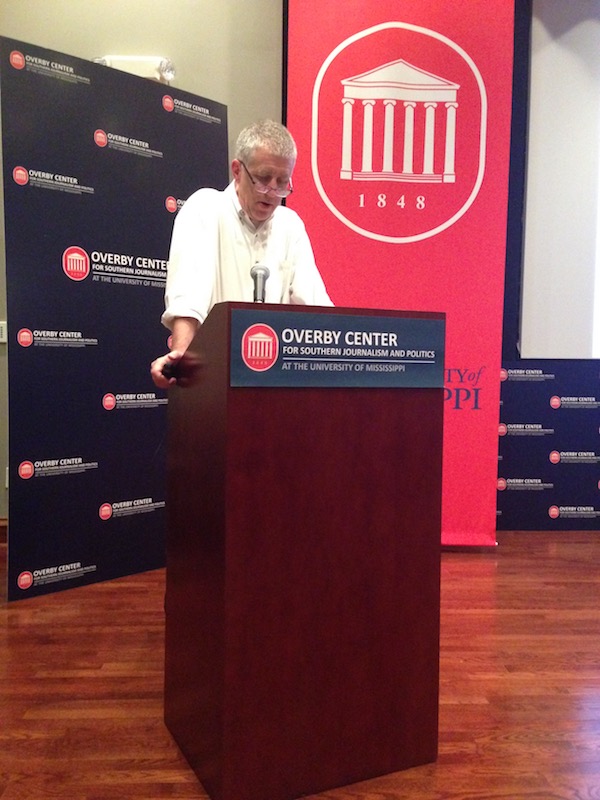 Events accompanying the lecture, include a “Slavery’s Legacy” campus tour led by Jeff Jackson, associate professor of sociology and co-chair of the University of Mississippi Slavery Research Group, joined by members of the student chapter of the NAACP and a presentation by Dr. Campbell, “Lessons from Brown University’s Slavery and Justice Committee” to the Group.