Edge Effects Magazine: A Conversation with Jeffrey Jackson and Charles Ross on Ole Miss and the Shadow of Slavery 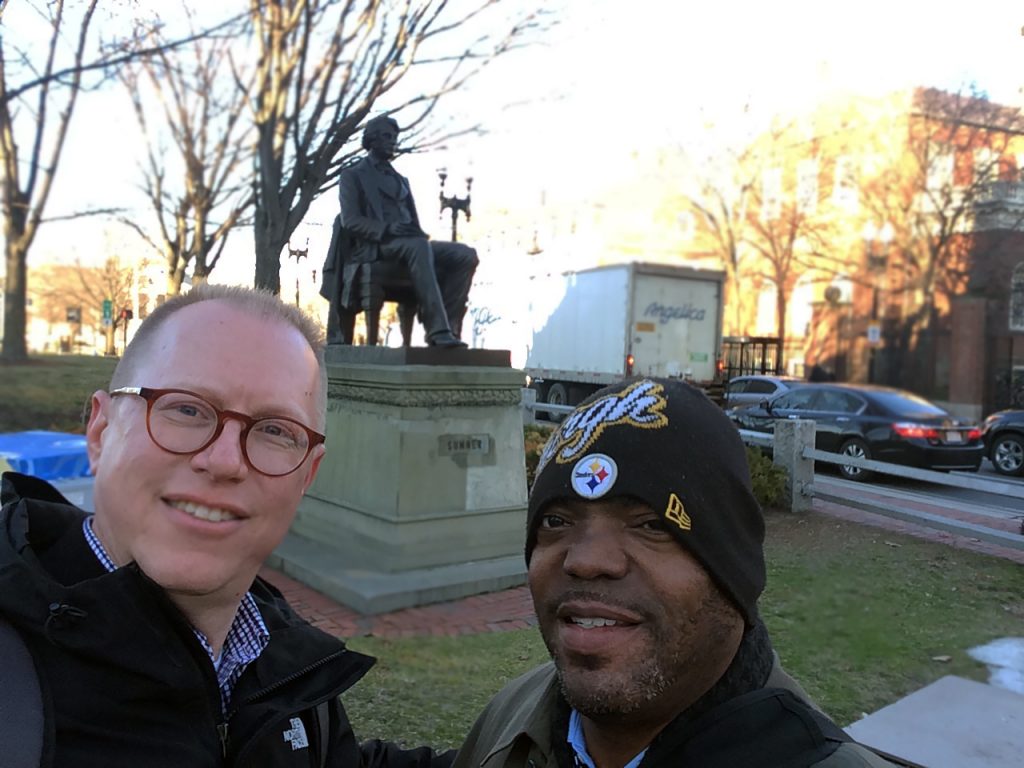 Jeff Jackson (left) and Chuck Ross (right) posing with the statue of abolitionist Senator Charles Sumner while in Cambridge, Massachusetts, for the “Universities and Slavery: Bound by History” conference at the Radcliffe Institute for Advanced Study at Harvard University. Photo by Jeffrey Jackson, March 2017.

In the last fifteen years, slavery has gone to college. Or, rather, colleges and universities have taken themselves back to school. Initiatives at several of the nation’s oldest, most elite institutions have sought to uncover their historical entanglements with slavery, which went overlooked—often willfully—for generations. The efforts date to 2003, when Brown University President Ruth Simmons established a Steering Committee on Slavery and Justice, which delivered a bombshell report three years later. Similar initiatives followed at Dartmouth College, Harvard University, Princeton University, Rutgers University, the College of William & Mary, and elsewhere. Media attention swelled following the 2013 publication of historian Craig Steven Wilder’s Ebony and Ivy: Race, Slavery, and the Troubled History of America’s Universities, and swelled again last year after the New York Times reported that, in 1838, Georgetown University sold 272 enslaved people to keep itself afloat. Now, onto this stage, enters Ole Miss.

That the school’s nickname draws criticism for fostering antebellum nostalgia makes one question whether the University of Mississippi really requires the same wake-up call needed at Ivy League schools in northern states whose citizens have a very long traditionof imagining away their regional history of slavery. Yes it does, says Dr. Jeffrey Jackson and Dr. Charles Ross, co-chairs of the University of Mississippi Slavery Research Group. When we spoke on the phone on March 15, they made clear that even in the Deep South, on a campus that was itself built alongside slave plantations, the stories of enslaved people are still very difficult to recover and collective amnesia is pervasive. But, with a diverse group of colleagues beginning both figurative and literal excavations of the University’s history, Jackson and Ross intend to confront historical erasures and create a campus landscape where the past is present.

Edge Effects is a digital magazine produced by graduate students at the Center for Culture, History, and Environment (CHE), a research center within the Nelson Institute for Environmental Studies at the University of Wisconsin-Madison.