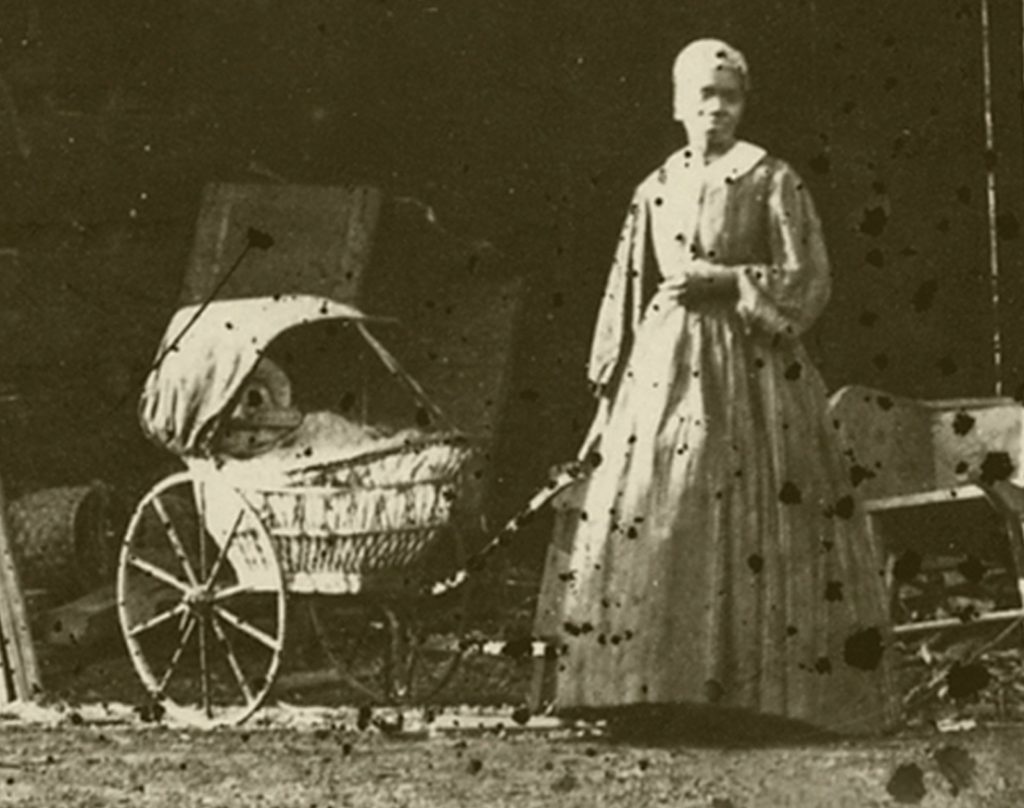 The Routine Duties of Enslaved Workers on Campus

The enslaved people who lived and worked on the University of Mississippi’s campus performed a variety of tasks, which were occasionally described in official records.

The Faculty Minutes, for instance, declared on May 20, 1850 that “[i]t was further resolved that the College servants all be employed under the direction of the President in cleaning up the Campus & putting it in order, when not engaged in the business of the buildings.” Six years later, on September 16, 1856, the Faculty Minutes elaborated on the tasks assigned to enslaved workers by passing a resolution stating “[t]hat is shall be duty of the servants employed in the dormitories to sweep the rooms and entries daily, adjust the bedding, carry fuel, make fires, bring water daily, from the 1st October till the first April, and twice a day the rest of the college year. When unemployed thus they shall be at the disposition of the President.”

Other Significant Work Undertaken by Enslaved Workers on Campus

In addition to their day-to-day efforts to maintain the University, enslaved workers constructed nearly all of the original structures. The work they did to reshape the physical landscape on campus included:

Students at the University of Mississippi routinely employed physical violence against the enslaved people who worked on campus. On occasion, these episodes resulted in some kind of disciplinary proceedings, although students rarely faced any significant punishments.

The Rape and Beating of Chancellor Barnard’s slave, Jane, by Student S.B. Humphreys:
—February 2, 1860: “… Mr. S.B. Humpheys, a student of the University, having been previously cited, appeared and plead ‘Not Guilty’ to the following charged preferred against him by the Presidents—1. ‘Visiting the dwelling of the President in his absence and while it was occupied by defenceless [sic.] female servants, with shameful designs upon one of the said servants. 2. Committing a violent assault and battery upon the servant aforesaid, and inflicting severe personal injury, whereby the said servant was for some days incapacitated for labor, and of which the marks are still after the lapse of many days, plainly visible.’

The Beating of a “college negro” by Student Jeremiah Gage:
—May 7, 1860: “The Proctor reported Mr. Gage of the Senior class as having severely beaten one of the college negroes, and as having acknowledged the act: Where upon the Chancellor was instructed, unanimously, to converse with Mr. Gage upon the subject and to refer the case to the Executive committee unless he showed a proper spirit in relation to the occurrence in the interview with the Chancellor.”

Whipping, Beating, and other Maltreatment of Enslaved Workers on Campus by a Student Vigilance Committee:
—October 16, 1860: “In consequence of complaints, made by the Proctor, of whipping, beating, and other maltreatment of the College negroes, by a self constituted ‘Vigilance Committee of Students’ who proposed to apprehend a general ‘negro insurrection’ from the fact that an ounce or two of powder had been found in one of the servants’ rooms… and it was determined that a repetition of such conduct by students should be dealt with a the discretion of the Faculty.”

An Enslaved Campus Worker Burned on the Cheek by Student James Hoggatt Wright:
—November 5, 1860: “… The Proctor reported to the Faculty that one of the college servants had, a night or two previous, been brutally and severely burned on the check by a Student, and without provocation. The case was considered by the members present to be worthy of the notice of the Faculty. But no action in the premises was taken or suggested until the student charged with the offense could have the opportunity to defend his conduct to a full meeting of the Faculty.”

—November 6, 1860: “Pursuant to adjournment the Faculty met at 10 A.M. in the Library to investigate the charges preferred against a student as stated on the last page. Several students were summoned to answer such questions as should be asked them and came before the meeting; but nothing of importance was encited [sic.] except the confession of Mr. Wright that he had burned the negro’s cheek with a cigar-an action which he himself pronounced indefensible. The students were allowed to retire after each one of them had exculpated himself from any shadow of a charge of aiding or abetting in the bad treatment of the Negro… A motion was made ‘that Mr. Wright be indefinitely suspended’ and, having first passed by a majority it was afterwards made unanimous-when the Faculty adjourned.”

—November 26, 1860: “The Chancellor read a letter from Mr. Wright who had been recently suspended from his connection with the University, asking to be readmitted to his class and expressing sorrow for his act which has caused the suspension. Voted that he be readmitted provided he pledge himself in writing to avoid a repetition of the offence for which he had been arraigned and punished.”

An Enslaved Campus Worker Beaten by Student Henry Macon Rice:
—November 26, 1860: “Met at the usual hour. Absent Prof. Lamar. Mr. Rice of the Junior Class, was summoned before the Faculty to state whether or not he had a few nights previously, beaten a college servant, in defiance of the Resolutions of the Faculty recently read before the students by the Chancellor on that subject. After some hesitation, he acknowledged that he had whipped the negro but denied that he had treated him brutally—and stated that his provocation had been what he considered a personal insult from the negro. When Mr. Rice had retired from the meeting a discussion as to the merits of the case ensued—and several ‘motions’ were made and lost with regard to it. It was finally moved that: Mr. Rice should be required to sign a written promise never again to take the law in his own hands in such a case, and never to chastise a college servant for misdemeanors, which should in all cases be reported to the authorities of the University for punishment; and Resolved, Moreover, that unless Mr. Rice does sign a promise to that effect he be hereby indefinitely suspended.

An Enslaved Campus Worker Beaten by Student Jefferson McKie Melton:
—January 14, 1861: “… Mr. Melton was called before the Faculty and examined relative to a charge which had been preferred against him and be which he was accused of having beaten one of the college negroes, in violation of a regulation recently passed by the Faculty and announced by the Chancellor in the Chapel. He pled guilty, but so far succeeded in justifying the act, that, under the circumstances, he was no farther punished than by the imposition of 25 demerit marks and be begin required to sign a paper promising never again to attempt to chastise one of the College Negroes.”