Two faculty residences were located on the North and South sides of the circle. Each residence housed two faculty members and their families (the residence on the South side housed the President). According to photographs and later maps of the buildings, there appear to be what may have been two attached servants quarters, one on each side of each building. It is possible that campus slaves/servants attending to the faculty members and their families lived in these attached dwellings. Or there may have been detached “outbuildings” behind these buildings in which they lived. 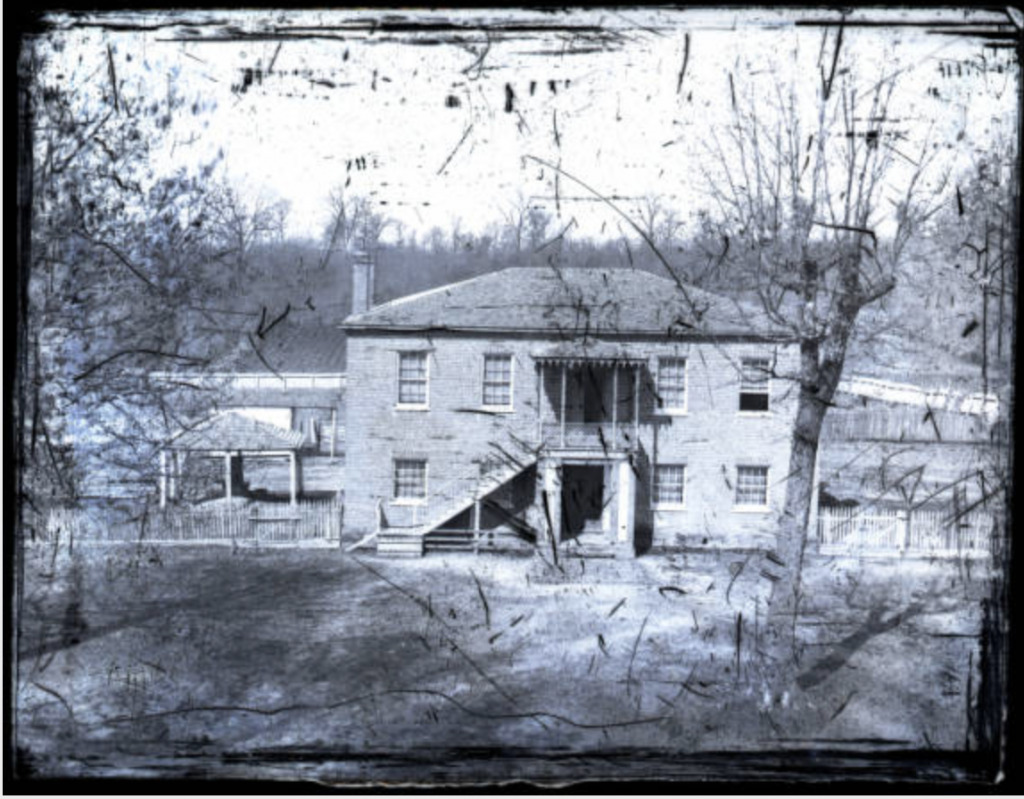 The small Steward’s Hall that was located directly behind the Lyceum may have also served as a dwelling for some of the cooks and waiters that served meals for students and faculty.

The larger Steward’s Hall, which was built on the far eastern portion of the campus in 1857, may have also served as a dwelling for some of the cooks and waiters who served meals for students and faculty.

There is evidence to suggest that there were two or maybe three additional “outbuildings” behind the student dormitories that served as dwellings for enslaved workers on campus. This evidence includes the two separate dwellings enumerated in the 1870 census (one holding 5 residents, the other holding 4) as well as clearly marked buildings behind the dormitories displayed on the 1895 Sanborne Map of campus (here they are marked “coal sheds” but may have served as servants quarters at an earlier time). Deborah Freeland, who did extensive research to create a sketch of the University of Mississippi campus as it stood in 1861 also recalls seeing some maps or documents that may have shown the location of these outbuildings (we have located this map as well, an 1895 campus map drawn by Alfred Hume). These materials have allowed us to identify potential sites for future research and, perhaps, archaeological excavation. 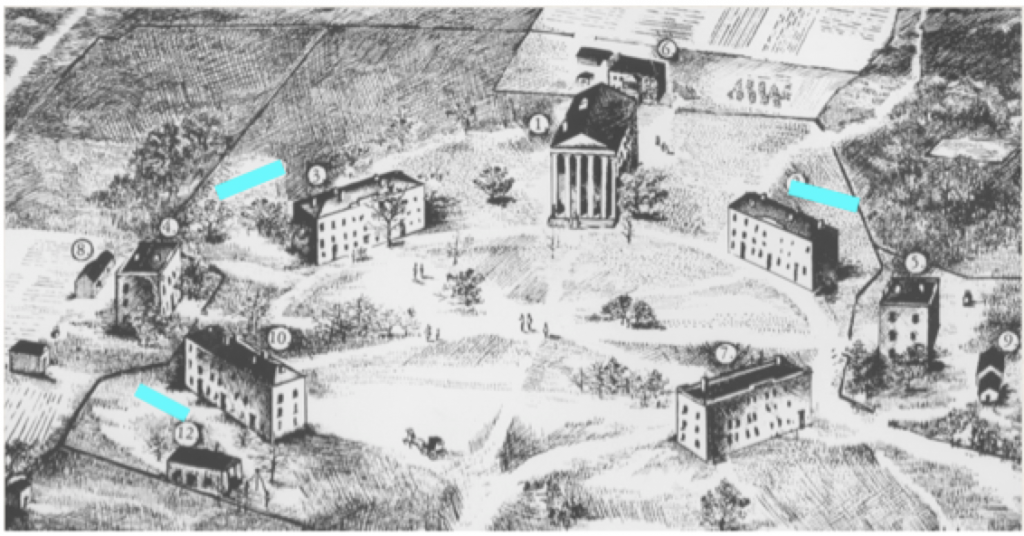 Deborah Freeland’s drawing, “The University of Mississippi Campus, 1861” showing the possible location of outbuildings that may have been slave quarters 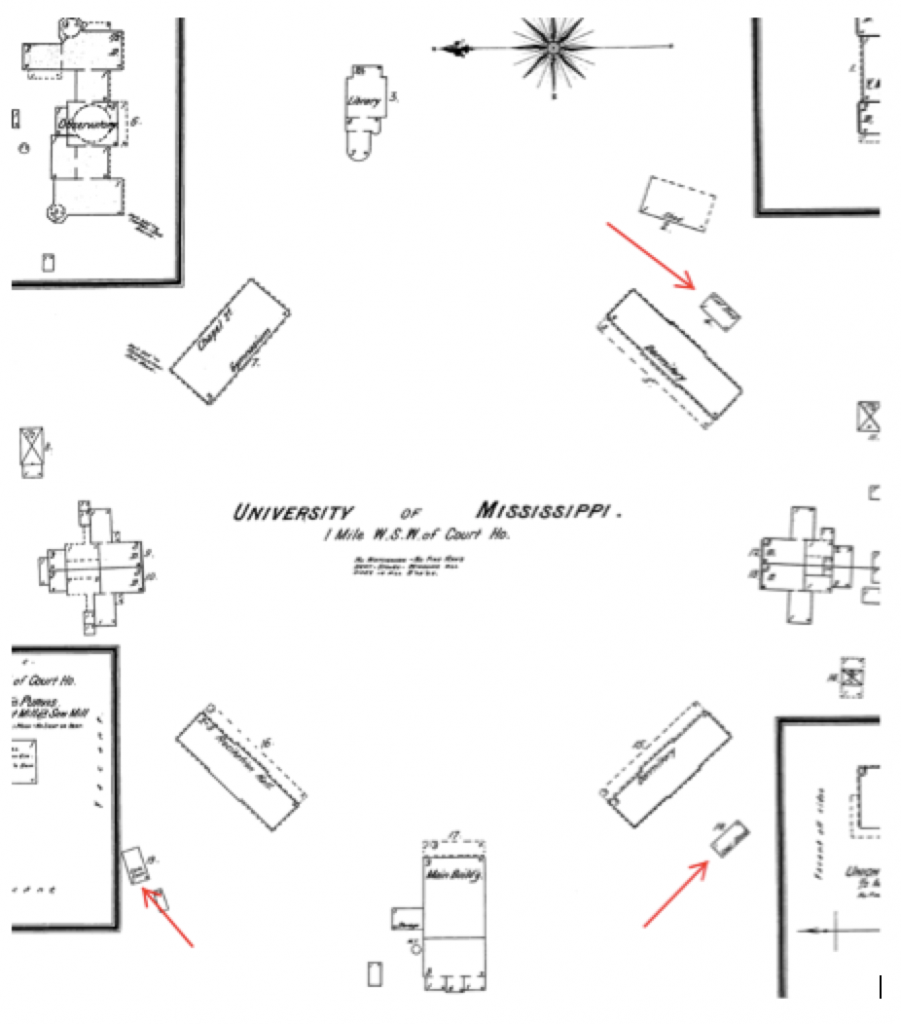 Of the possible three potential sites of antebellum slave quarters, it is probable that the ruins of only one are available for archaeological investigation. The other two have likely been bulldozed and covered by existing buildings, specifically by Old Chemistry and Peabody Hall. It may be possible to excavate the approximate location of the third dwelling. If so, we may be able to locate the original foundation or footings for the building as well as remnants of antebellum slave life from nearby middens. The approximate location of the ruins of this third dwelling are indicated below in light blue. 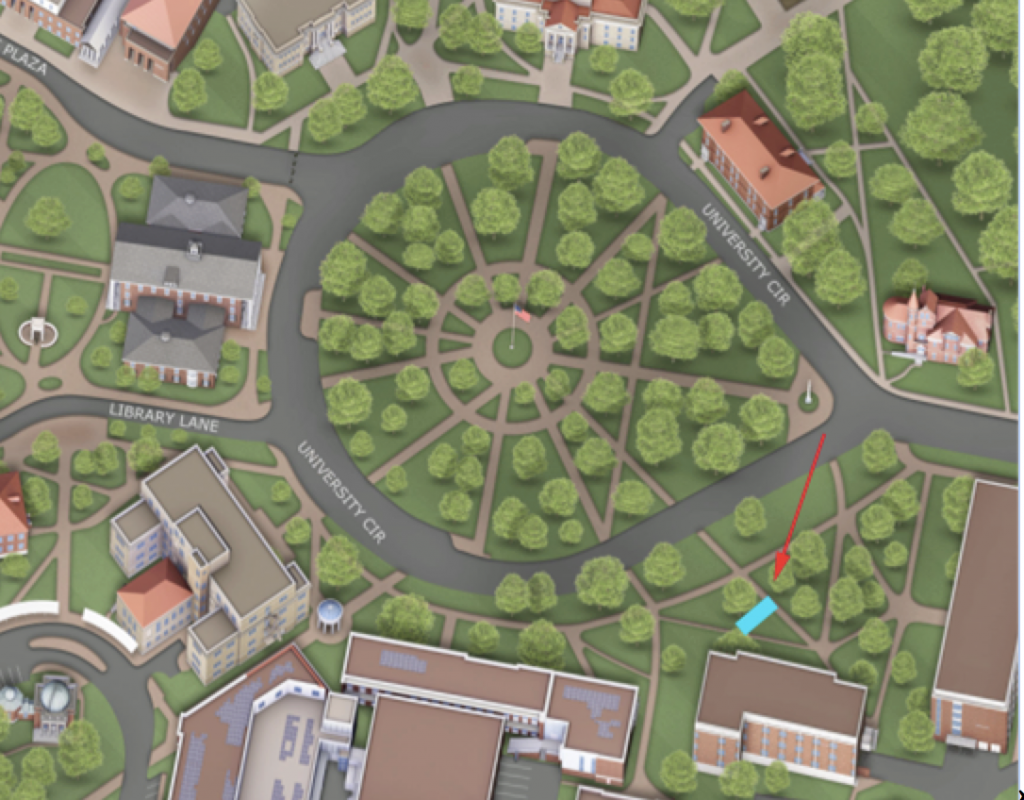